Bart's Bash brought together 20,000 sailors from all over the world in a collective tribute to Olympic gold medal winner Andrew 'Bart' Simpson - killed while practising for the America's Cup. People sent in video of their event and Silverstream compiled the videos into live reports. 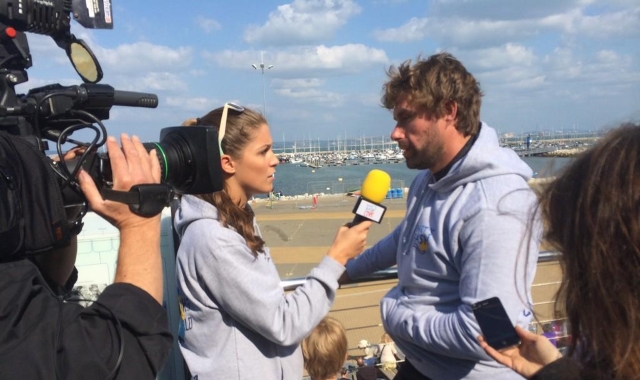 "The live video was essential. It allows people to see that they're part of something massive," says Jez Payne, the event organiser. "We only announced it a week ago and yet we were getting videos in every five minutes from all over the world.

"We’ve possibly created one of the world’s massive sporting mass-participation events. This could go on to become a world sailing day – the biggest day of the year for sailing that encourages people to start the sport and continue to do what they love."

So far Bart's Bash has raised more than £197,000 towards helping young people get into sailing.

Jez said: "I can’t praise the Silverstream team enough. They have taken this challenge and they have made it their own. Watching the footage today I was in tears because of the professionalism of what’s been put together. The ease of which this team worked and listened to advice or support or suggestions has been incredible. As the person who really wanted this to happen I can’t think that we could have had any better. I’m incredibly grateful to them."

The live stream used technology and production developed for event TV, used by more and more events to add buzz and reach a global audience. Click here to see event TV in action.